Born in Topeka and raised in Kansas City Eric Bikales’ musical interests began early on. He was surrounded by music and art in family life and began picking out melodies on the piano at age 6. Formal piano lessons started around that time and flute was added as his second instrument at age 9.

Next came private instruction on both flute and piano at the University of Missouri at Kansas City.  Under the guidance of Gary Sigurdson, principal flutist with the Kansas City Philharmonic Eric won a competition to play 10 concerts with the Kansas City Symphony as guest soloist. That’s quite an honor for an 11 year old flutist.

In the 1960’s pop and rock and roll music were not only prevalent on the radio but bands were starting to become popular. Eric was at the perfect age to start playing with other musicians. He also got valuable experience playing classical music with the Conservatory Orchestra at UMKC and various ensembles at school. But his discovery of jazz led to private study with George Salisbury and John Elliott (Kansas City’s jazz guru and Pat Metheny’s teacher) During this time Eric developed not only a strong technique, but an ability in music composition and song writing.

While attending the University of Kansas in 1969, Eric began his study of music theory while working toward a degree in Music Composition. This process was interrupted by joining a group called Sanctuary. They recorded, toured and developed a large regional following. This band, so unique and original paved the way for Eric’s career in Los Angeles. 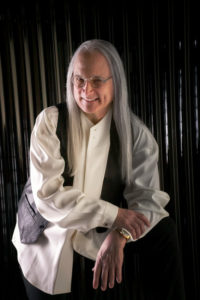 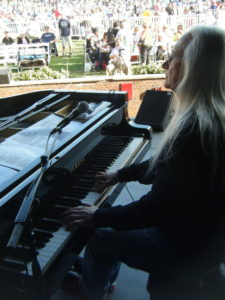 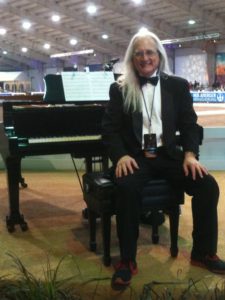 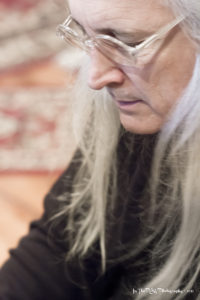 At the suggestion of Mike Post, hit record producer and soon to be the most successful TV composer in Hollywood, Eric embarked on a career first as a studio musician, and also as a TV/Film composer. He recorded with many artists and at the same time wrote music for quite a few television shows. From Hill Street Blues to My Name Is Earl, Eric has written music for over 20 prime-time shows.

Touring with various artists like the Pointer Sisters, Neil Sedaka and many more, Eric has worked in and out of the studio with Dolly Parton, Patti LaBelle, Cher, Bette Midler, Jeffrey Osborn, Phil Vassar and Pee Wee Herman. He has appeared on most all the TV shows of the day, including the Tonight Show, Good Morning America, Dick Clark’s Rockin’ New Years Eve, Top of the Pops and many more.

1985 Eric was hired to write the music for a video production.  The music seemed to catch on with people and what developed was his first record deal as an electronic New Age artist. The 1st CD released, Tranquility, got lots of air play around the world and charted near the top 10 in Radio and Records.  Three more CDs- Energy, Autumn Whispers Winter Dreams and Ocean Reflections followed which helped establish Eric Bikales as versatile and accomplished artist.

A few years after 2000 rap and hip hop predominated the music business. Reality TV shows replaced most of the professional productions and Eric decided to move to Tennessee. After getting established there, the recession unfortunately wiped out much of the work so Eric enrolled at Belmont University to finish the degree in Composition he started before moving to California. He graduated 2014 with an BA in contemporary composition.

Since then, Eric authored and teaches several music courses online for the Academy of Art San Francisco. He splits his focus between instruction in music theory, arranging and film scoring, and re-emerging as a solo piano artist.  His first release Follow Your Heart is still getting radio play and won several awards.  His brand new release Fire in the Clouds is gaining momentum on the radio, getting very positive reviews and is already up for an award.  Speaking of which, Eric’s old band Sanctuary was inducted into the Kansas Musicians Hall of Fame. Eric is currently working on another instrumental record while keeping his eye on Fire in the Clouds’ progress. “I have been so fortunate to have made my living in the arts. Now I’m concentrating on helping others who want to learn music and I’m returning to where it all started for me…playing the piano.”